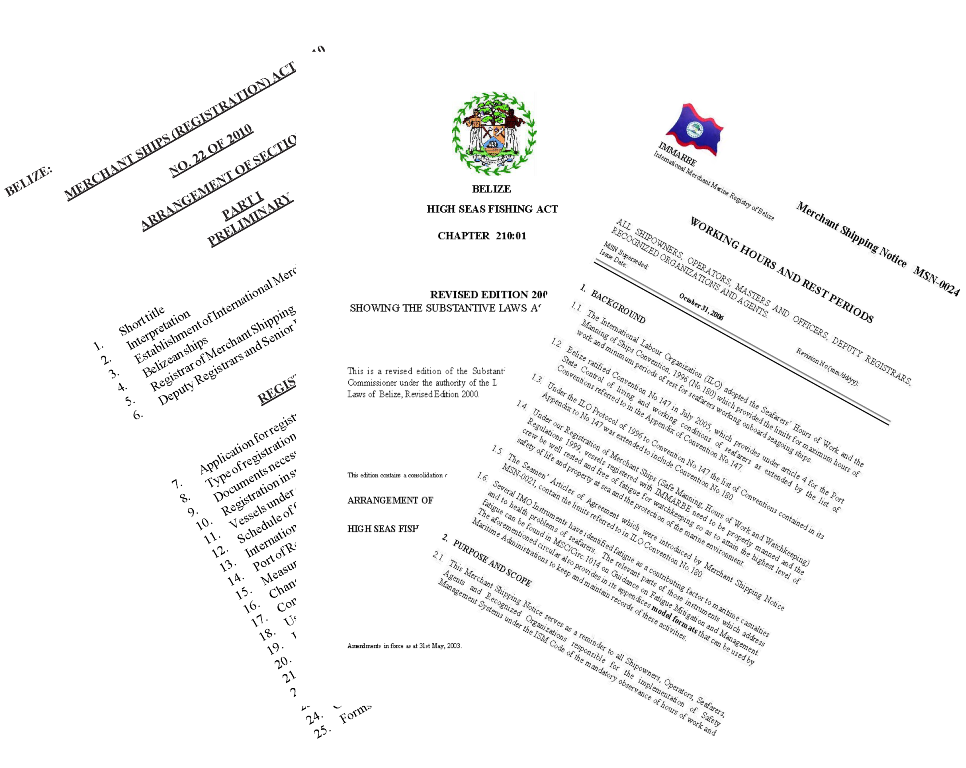 The procedures and activities concerning registration of ships and relevant obligations and requirements applicable to all ships enrolled in The International Merchant Marine Registry of Belize are governed by the following instruments: 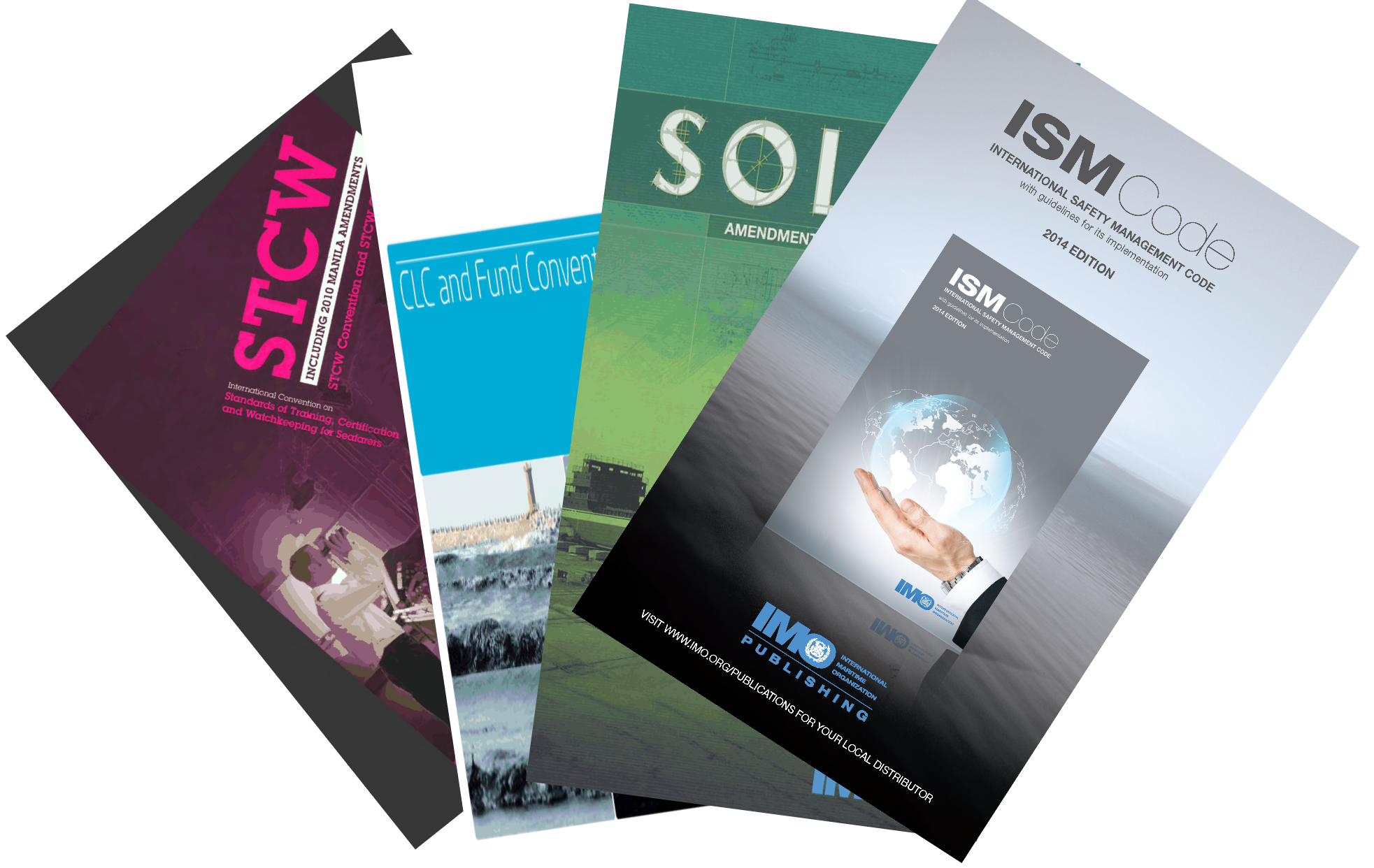 The following are in the process of being ratified: